Wii will, Wii will, rock you.

END_OF_DOCUMENT_TOKEN_TO_BE_REPLACED 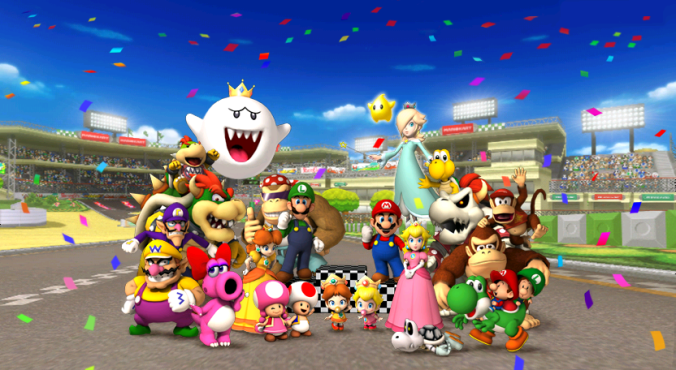 Can you believe it? Mario Kart Wii is officially 9 years old! Yup, you read that right. Alongside with New Super Mario Bros. Wii as one of the flagship best selling titles on the console, the game was played by casual and hardcore gamers all over the world.

The game is 9 years old in Japan today and we just want to say congrats to a great franchise!

National toy carrier Toys R’ Us is currently having a sale for all videogames in store and online. The deal is simple as it is stated in the title. Buy one get one 40% off. The sale is effective from November 13th to November 19th. 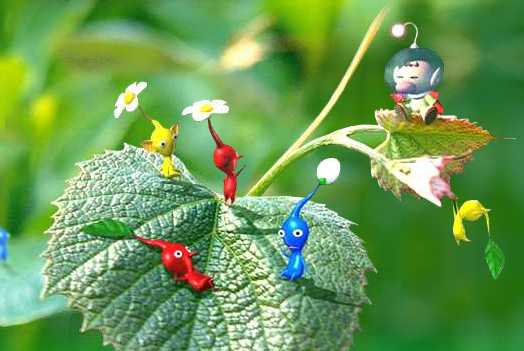 Starting this Thursday, you’ll be able to reexperience (or for the first time) visit the mysterious, vast lands with the Pikmin as you try heading back home with anything you can find in your way. This is the updated Wii version, which includes various new ways like the Wii Remote + Nunchuck. For purchasing the game digitally, it’ll set you back to a price of $19.99 in the North American store. Will you be picking up a copy of Pikmin on the Wii U eShop soon?

Now your playing with power.

Nintendo Power, the official Nintendo magazine here in the United States, was dear to many people. It all started with Issue 1 (seen above) with a clay cover of Mario promoting Super Mario Bros. 2 with a free poster included.

For those of you didn’t get to experience Nintendo Power; or getting a magazine in general through the mail, it was a wonderful time where waiting anxiously for the mail man to deliver you the fresh print known as Nintendo Power. Within it, it would include all the news for upcoming games, impressions, reviews, and even a poster from time to time. As some one who had the chance to have Nintendo Power in their life, it’s great for fans to be able to read and glance at many publications of the writing issue per issue.

You can view all of these beauties by clicking here. Do you have any Nintendo Power memories? Let us know in the comment section!

Are you a Wii U owner? Do you wish to play some fantastic games with smooth boot-up times? Or maybe you want to replay some titles you missed out last generation on the Wii? The eShop is the way to go to get Wii games on your Wii U digitally. In fact, you’ll be able to download critically acclaimed games such as Super Mario Galaxy 2, to hard to find titles such as Metroid Prime Trilogy. Be sure to check out the trailer found above to see what’s in the store on the eShop for Wii games.

To come with direct competition with the Mario Kart series, SEGA came with hopes of making a move into the racing market with the releases of Sonic & SEGA All-Stars Racing in 2010 for the Wii and the DS. With the second installment, Sonic & All-Stars Racing Transformed, releasing in 2012, which saw the release of Wii U as part of its launch lineup then later also releasing on the 3DS.

Both games had positive reception from the audience, with the first installment scoring a 78 on Metacritic and the second scoring a 79 on Metacritic respectively. Now that time has passed, website Sonic Stadium has uncovered some unreleased concept art ranging from both games of the series. Interestingly enough, Gilius Thunderhead from Golden Axe were cut and never saw the light in neither previously released installments.

Not only was it characters whom were butchered from the games, it also included some stages some vehicles which went through long process before reaching the final form, such as AiAi who went through lots of redesigns.

Check out below these interesting changes that were made in order to accommodate the final products of the game and let us know what you thought of images included in the comment section below.

The Complications of Aiai and Eggman

Phillips Electronics are claiming that they have won the case against Nintendo UK, which Phillips was claiming that Nintendo used a patent for motion owned by Phillips. A story reported by Yahoo! Finance UK, Bjorn Teuwsen. Here’s the official statement that was given as a company to the general public about the case.

AMSTERDAM (Reuters) – Philips Electronics NV (PHG.AS) said on Friday it had won a patent infringement cases against Nintendo (7974.T) in the United Kingdom, the first of four lawsuits filed against the Japanese gaming company.

“It’s about a patent for motion, gesture and pointing control that we make available to manufacturers of set-top boxes and games consoles through a licensing programme,” he said.

“We’d been trying to come to a licencing agreement with Nintendo since 2011, but since it didn’t work out we started legal action in Germany and the UK in 2012, France in 2013 and in the U.S. last month,” he added.

Philips declined to give any details about any possible financial implications from the ruling.

“We’ve requested fair compensation for the use of our patents,” Teuwsen said.