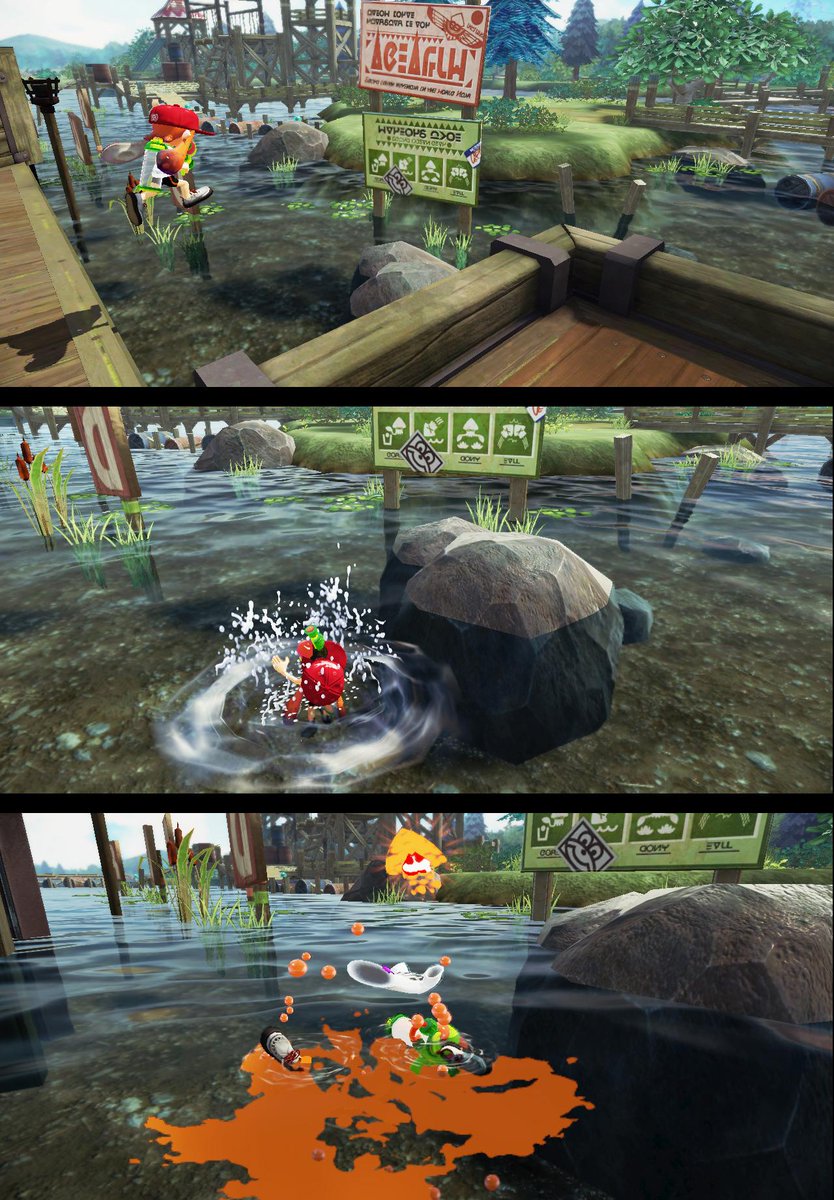 Final Fantasy Explorers is a title Square Enix will be releasing for the 3DS in Japan on December 18th, and now you can check out some brand new screenshots below and see what this Final Fantasy spin-off has to offer. Square Enix has not made an announcement regarding localization for the game having a Western release date.

A couple of brand new images for Bravely Second have now emerged and gives us a look at scenes from the games as well as artwork from some of the development team. Take a look below and see for yourself what Bravely Second has to offer. 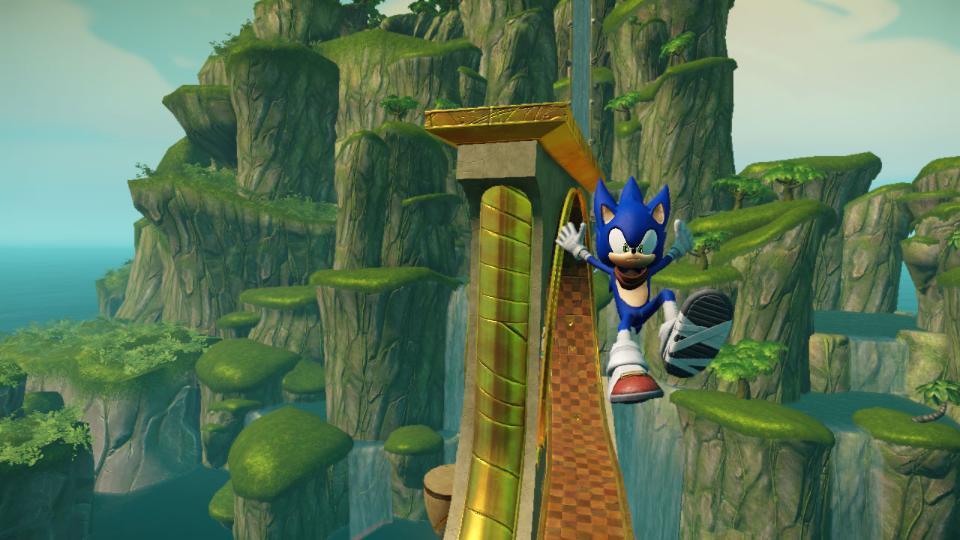 Sonic Boom was announced and that it would be coming exclusiveley to Wii U and 3DS. Well, now Sega has gone on and rename each version to their own name. The Wii U version will be called Sonic Boom: Rise of  Lyric and the 3DS version will be called Sonic Boom: Shattered Crystal. Sega announced this officialy though their SEGA Blog. The most exciting news is that attendees of this year’s E3 expo event will be able to play the game at the show.

In both games, Sonic and friends – Tails, Knuckles, Amy, and the newest member of the team, Sticks, will work together as they face their most powerful enemy yet. Lyric is a giant and monstrous snake-like creature from an ancient race. An extremely tech-savvy mastermind who uses a sophisticated robotic body of armor to carry out his own nefarious deeds, he is a formidable enemy and a force to be reckoned with. With a strong emphasis on collaboration, the roles of Tails, Knuckles, Amy, and Sticks, will be elevated in gameplay that capitalizes on each character’s unique talents and abilities. The goal is to prevent Lyric from powering his army of robots and carrying out his plan to destroy the world. The stakes have never been higher, and the only chance to overcome Lyric is to band together and work as a team

This is a new Sonic, with gameplay built on action-adventure and collaborative play. They are unlike any previous games featuring the iconic blue blur,” said Hiroyuki Miyazaki, Chief Content Officer for the Sonic Bran, SEGA of America. “We are looking forward to our first hands-on showcase at E3 for fans old and new alike to experience the exploration, combat and new moves for the entire team.”

Both Sonic Boom: Rise of Lyric and Sonic Boom: Shattered Crystal are crafted to take full advantage of the unique gameplay mechanics of their respective consoles. Each version is a new chapter in the Sonic Boom universe and will each have their own unique immersive storylines. Sonic Boom: Rise of Lyric will also feature CRYENGINE®, the cutting-edge 3D game technology from Crytek, one of the leading innovators in the industry. As the very first Wii U game to incorporate this technology, the lush environments and landscapes within the game will be visually enhanced like never. 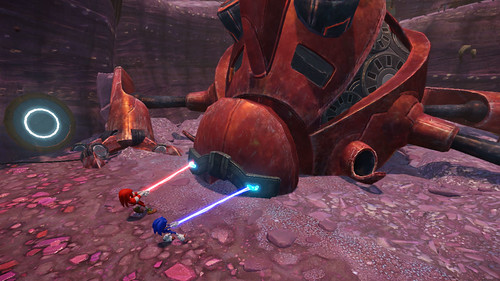 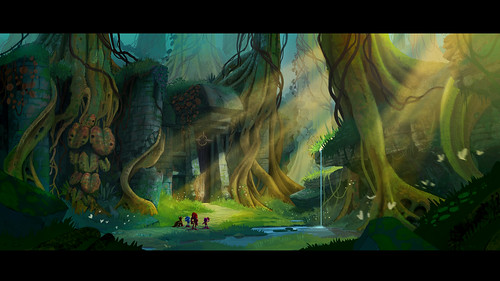 And finally, the 3DS version: 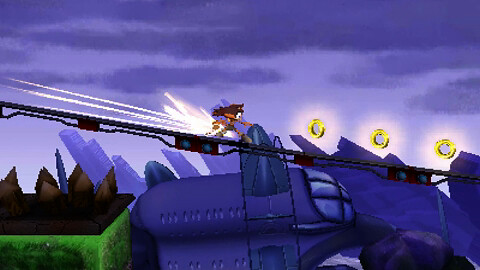 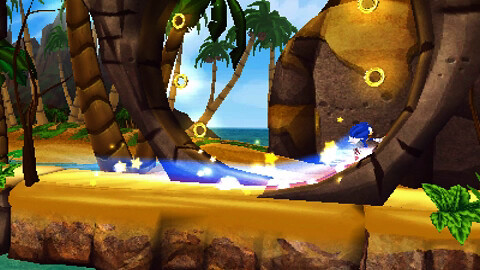 It looks as thought the Wii U version aims to be a 3D enviroment game, while the 3DS version seems to be a sidescroller, maybe playing as a 2.5 style game such as Donkey Kong Country: Tropical Freeze. What do you think of the game? Are you planning on getting the Wii U or the 3DS version? Let us know in the comment section.

*UPDATE* Both game’s will release November 2014

Nintendo UK/Europe Twitter accounts have updated us a on a new Mario Kart 8 track coming to the game. The track is called Twisted Mansion and it features a spooky ambient. Besides the photo, no additional details were given. Whether this will replace the Luigi’s Mansion is yet to be seen, as they have similar looks.If you look closely, you can see a Boo sticking its tongue at you at the top of the Mansion entrance. You can experience this track for yourself when the game launches on May 30th.

Nintendo UK and Europe have tweeted photos that show a new screenshot for Mario Kart 8, with the stage acquiring the name Toad Harbour (presumably the name will be Toad Harbor in North America due to the English-territory differences). It shows a San Francisco-like city ambient with trolly’s passing through the center of the stage. Details are fairly scarce, but judging from the photo details, each trolley has a character logo on it. For example, a Luigi trolley is coming towards camera, followed by a yellow Wario trolley, and in a distant sight, a red Mario trolley. If you look even further, you can see a statue that looks like the Statue of Liberty in New York, this time with Peach as the statue. Another interesting thing is the track belongs to the Flower cup, as seen by the banner at the start of the race.

Here’s what Nintendo of Europe/UK tweeted with the photo: