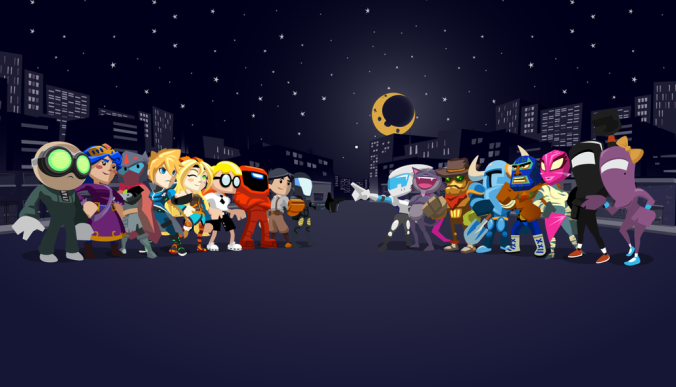 Runbow debuting on Switch next month.

END_OF_DOCUMENT_TOKEN_TO_BE_REPLACED

The geniuses at 13am Games have announced that Runbow will be coming to the New 3DS for the first time, as well as a Deluxe Edition for the Wii U. Both the New 3DS and Wii U will be getting a physical release that you’ll be able to purchase at your favorite retailer. This is a great opportunity to try the game as well as double dip for the physical release junkies.

Runbow Deluxe will include all the already released DLC as well as the upcoming future DLC installed already. In addition, buyers will be suprised to find out that an official soundtrack of the game as well as 4 themes if you purchase the New 3DS version.

Grab the gang and go where no man has gone before inSatura’s Space Adventure! Runbow’s brand new DLC includes:

In addition, 4 New Costume + Music Packs will also be available! Hue and Val have expanded their wardrobes and music collections with the Professionals, Anime, Steampunk, and Winter Packs!

But that’s not all! Lilac from Freedom Planet has also
joined the group and can be picked up for FREE on the Nintendo eShop!

You can pick all these great additions individually or for$12.99 with the Extra Val-Hue Bundle!

Indie superstar Shante was also inducted into the game as free downloadable DLC for the game. Check out fresh new trailer by clicking here.

Runbow is getting some fantastic new DLC this week in the European eShop (and North American presumably as well) featuring some characters from more indie games such as Freedom Planet. You can check out all the new characters in the video below.