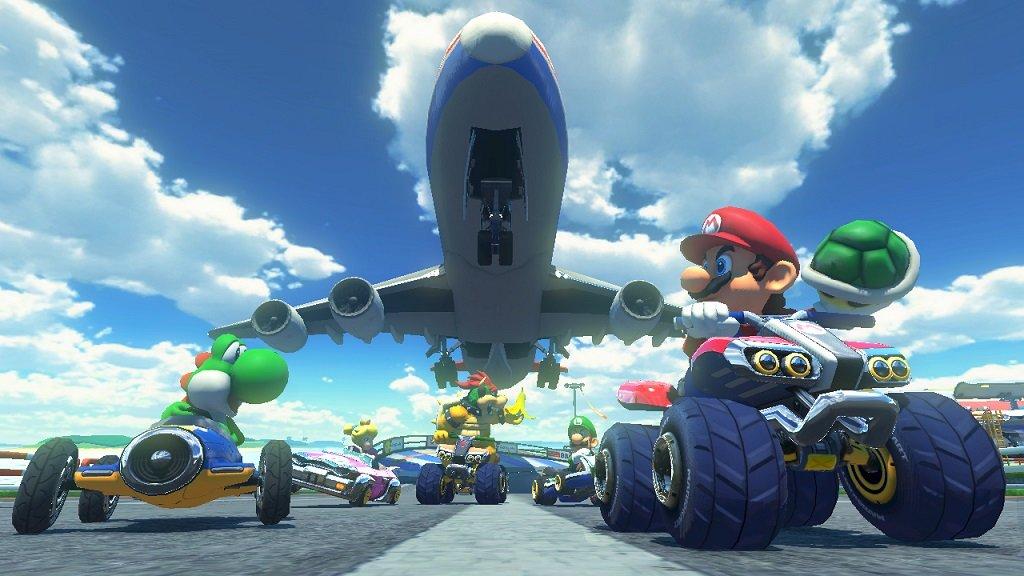 GameStop Germany might of just leaked some Switch launch games by sending out this particular image. END_OF_DOCUMENT_TOKEN_TO_BE_REPLACED

If you just happen to be sitting on a seat bored and out of your mind and want to rustle your jimmies a bit, why not give the Just Dance 2017 a shot? You can download it for free on the Nintendo eShop at this very moment.

Similar to the demo that relesed last year for Just Dance 2016, the 2017 version features one song in the demo, which this year is Justin Bieber’s “Sorry” in the demo. Along with the announcement of the demo, via press release, Ubisoft also announced the game will come some new and previously announced music tracks:

SAN FRANCISCO – August 2, 2016 – Today, Ubisoft® released a free demo of “Sorry” from Justin Bieber for the latest installment of the best-selling* music game franchise of all time, Just Dance® 2017. Available for download today on Xbox Live, PlayStation®Network and the Nintendo eShop, grab your friends and family and start dancing along with the first track released from Just Dance 2017 before it hits shelves this October.
More accessible than ever, players can turn their iOS and Android smartphones into controllers with the improved Just Dance Controller App. The Just Dance Controller App works with current-gen platforms and uses phone scoring technology that allows players to dance without additional accessories like cameras.
Just Dance 2017 includes songs ranging from the top 40 hits to family favorites, so everyone will find something to groove, whip or nae nae to. Three new songs have been added to the track list that include:
“Cake By The Ocean” – DNCE
“Watch Me (Whip/ Nae Nae)” – Silentó
“Hips Don’t Lie” – Shakira Ft. Wyclef Jean
Previously announced tracks include:
“Sorry” – Justin Bieber
“DADDY” – Psy Ft. CL of 2NE1
“Cheap Thrills” – Sia Ft. Sean Paul
“Lean On” – Major Lazer Ft. MØ & DJ Snake
“Worth It” – Fifth Harmony Ft. Kid Ink
“Don’t Stop Me Now” – Queen
“PoPiPo” – Hatsune Miku
“RADICAL” – Dyro & Dannic
“El Tiki” – Maluma
“September” – Equinox Stars
“What Is Love” – Ultraclub 90
Just Dance 2017 will be available on all motion-control gaming platforms, including the Wii U™, and Wii™ systems from Nintendo, Xbox One, Xbox 360, PlayStation®4 computer entertainment system, and PlayStation®3 computer entertainment system. The game will also be available on the NX system from Nintendo. For the first time in the history of the franchise, the game will also be launched digitally on Windows PC.
For the latest information on Just Dance 2017, please visit: http://www.justdancegame.com. Follow Just Dance on Twitter @JustDanceGame and use hashtag #JustDance2017.

During Ubisoft’s E3 presentation, which took place today, they announced the newest iteration of the Just Dance series. The newest title will be called Just Dance 2015, coming off the heels of the previous Just Dance 2014. You’ll be able to play the game on the Wii U this October 24th in the European regions while North American gamer’s will have to wait a tad bit longer, as a November release window was given.

Even though in the press conference a Wii version wasn’t announced, the official Just Dance 2015 website lists a Wii release for the game also. Meaning that the Wii version is just likely a port from the other version’s.

Ubisoft also announced 10 new tracks from the new 40 the game will be featuring in a press release. Below, you’ll find the artists and song that were revealed for Just Dance 2015:

Are you excited for Ubisoft’s latest’s dancing game to be making it’s way to Wii U? Any sonundtrack you would like to be in the game? Let us know in the comment section!