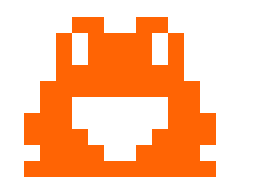 It’s been a while since we heard about Flipnote Studio 3D, in fact, we thought it was dead. It’s been available in Japan for well over a year, and the title never appeared on the eShop for Western territories as promised back a couple of Directs ago. With the closure of Club Nintendo, Nintendo will be rolling out codes exclusively for its members in North America. We now have a release date for it.

Flipnote Studio 3D will be out this week for North America. How will you be able to obtain a code? Through e-mail. Nintendo has announced via the Club Nintendo website. Be on a watchdog look for those codes on your inbox, as you’ll need one to get one of these bad boys.

Will you be downloading Flipnote Hatena 3D when you receive your code? Or did you miss out on registering an account for Club Nintendo? Let us know in the comment section below.

Are you ready for a new Club Nintendo reward? Hopefully you are, as this seems to be one of the more unique items you’ll be able to acquire by using the service. The newest addition is the Mario Golf Balls reward.

Available on the Stars Catalogue (Europe exclusive as of now) for the exchange of 3500 stars, you’ll get an assorment of golf balls themed with your favourite Mushroom Kingdom characters, as well as some imprented with the Club Nintendo logo and the Mario Golf logo. Check out some pics below showing the latest addition to the Club Nintendo store. You can order them right here.

Brighten up the green with these eye-catching golf balls!

For our readers that happen to live in Europe, we’ve got an update for a new item that has hit the Club Nintendo shop. Now available in the catalogue, you can use your stars to redeem this sweet Mario Kart 8 unisex shirt, which has the Japanese names of the racers in the shirt on them.

For 3,750 stars, you have the options of getting the shirt in a sizes ranging from Small, Medium, and Large. Will you be ordering this shirt?

Get hyped, European residents! You may have some nifty items on the way, by the indication of Nintendo for the region.

With a tease given by the Social Media team, it seems people who’ve been saving up their stars might have something to look forward to spend on

Keep an eye on the #ClubNintendo Stars Catalogue in the next month. Extra items are incoming! http://t.co/ZhPRQYp88U

For all of our readers, what’s something you’ve been itching for to appear on the Club Nintendo store? Let us know in the comment section below!

As more translated news emerges from the investor’s meeting that took place last week, we are now getting a better understatement on what Nintendo plans on doing with Nintendo Network ID’s.

According to the translation of the investors meeting, Nintendo plans to implement some kind of ‘Recommended Software‘ system, which recommends games you may be interested in, giving the ease to find games you may enjoy with a better probability. Satoru Iwata expressed customers might of played a game with similarity, so “game A and game B, and so the probability they’ll enjoy game C is very high.” Here’s Mr. Iwata’s full comments from the investor’s meeting.

First, as you’ve kindly pointed out, the generation that has paid more attention to Nintendo 3DS because of “Super Smash Bros. for Nintendo 3DS” is also the generation that makes the most use of social media, and thanks to them sharing the game’s appeal with others, we have gotten off to a good start with “Super Smash Bros.,” which has shown how hot it is by surpassing industry sales expectations for a Nintendo 3DS “Super Smash Bros.” title. This is also connected to pre-orders for “Pokémon Omega Ruby/Alpha Sapphire,” and there is a similar trend overseas. Additionally, “Pokémon Ruby/Sapphire” for the Game Boy Advance was a “Pokémon” game that created very deep, emotional memories for those who played it, and it is the reason that people have thought to themselves, “I’m not familiar with the recent “Pokémon” titles, but I’d definitely like to try this.” This high level of active use has occurred at a time when there are so many other interesting titles for Nintendo 3DS, so we must consider what titles to offer next to those who’ve played and enjoyed “Pokémon Omega Ruby/Alpha Sapphire” or “Super Smash Bros. for Nintendo 3DS.” Thanks to information from sources like Club Nintendo, we have some idea of the answers to questions like “What games are correlated with other games?” and “What aspects appeal to certain consumer age groups?” Among these consumers, there are some who had not played with dedicated video game systems for some time, so when we offer them the next game after “Super Smash Bros. for Nintendo 3DS” and “Pokémon Omega Ruby/Alpha Sapphire,” I think whether these new games will be able to keep them using their Nintendo 3DS or not will be really critical. However, with regard to these concerns, our systems, be it Nintendo 3DS or Wii U, have become quite effective at interacting digitally and sharing new information with consumers. We would like to use those systems to rapidly offer options like, “How about playing this game next?” to people of that generation where we have seen usage increase. In January, I said that for the next platform, we would like to skillfully combine dedicated video game systems and smart devices, and unify them all under the Nintendo Network ID system. So for example, one of the targets we’re aiming to achieve next year is, through the Nintendo Network ID, being able to offer options tailored to individual consumers based on the fact that they’ve played game A and game B, and so the probability they’ll enjoy game C is very high. We would like very much to work towards that.

Japan tends to get some niche and nice stuff when it comes to gaming. Another is now available through Club Nintendo for the territory of Japan. Club Nintendo is now offering the AR Card Holder, which holds up to 36 AR Cards by a size of 86mm × 54mm. The outside design features a blue cover with a 8 bit Mario in the front cover. If you’re interested in ordering through Club Nintendo or just to look at them, click here for the official Japanese website. 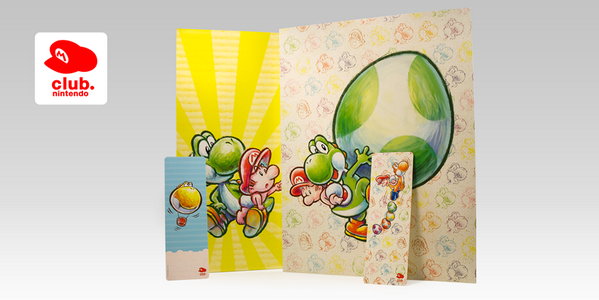 Woohoo! A  new Club Nintendo reward is now available, and it features none other than Mario’s fellow companion,  Yoshi! The design is based upon Yoshi’s New Island look, with Yoshi carrying Baby Mario on it’s back. When you order your reward, you’ll get two sturdy card folders sporting Yoshi and Baby Mario, plus other characters from Yoshi’s New Island. Additionaly, there’s also a pair of spiffy bookmarks to complete the combo! The folders measure 24cm x 30cm, and the bookmarks are 5cm x 15cm. If you want to see more pictures, be sure to click here.

Sounds as Nintendo is really pushing the stride with the promotion of this. You get both a bonus of the enjoyment of Mario Kart 8, but you’ll also get another free game, at your choice to pick from. The majority of these titles posses the Nintendo top quality feeling, so its definitely worth your money. 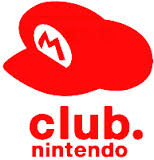 It’s this time of the month again where Nintendo updates their game catalog on the Club Nintendo website. This month’s features games from the Wii Virtual Console, 3DS eShop, and Wii U Virtual Console. This month saw  light to 2 DSiWare titles into the list. You can get the games listed until May 11, when the list will be changed again. Here’s a quick round up of the games and the prices

If you’re on the verge on buying Nintendo’s handheld, now’s the time to act. Not only will you have a large variety of games to buy from the huge library, but you’ll also have the chance to get a free game. If you register a Nintendo 3DS/3DS XL/2DS AND also register one of the select games (Mario Kart 7, Super Mario 3D Land, Animal Crossing: New Leaf, DK Country Returns 3D, LEGO City Undercover: The Chase Begins, or Yoshi’s New Island), you can get a free download code for Pokemon X or Y, which can be redeemed through the eShop. The promotion goes through March 1st-March 31st and is only available in North America. Don’t forget, you need a Club Nintendo account in order to able to get the game.

Here’s the link for the Club Nintendo promotion: http://club2.nintendo.com/3ds-pokemon-promo/