Psyonix and Adult Swim are bringing the Rick and Morty into the world of Rocket League starting next week. Players will be able to download these free DLC items as part of the Rocket League second anniversary update dropping on July 5th. 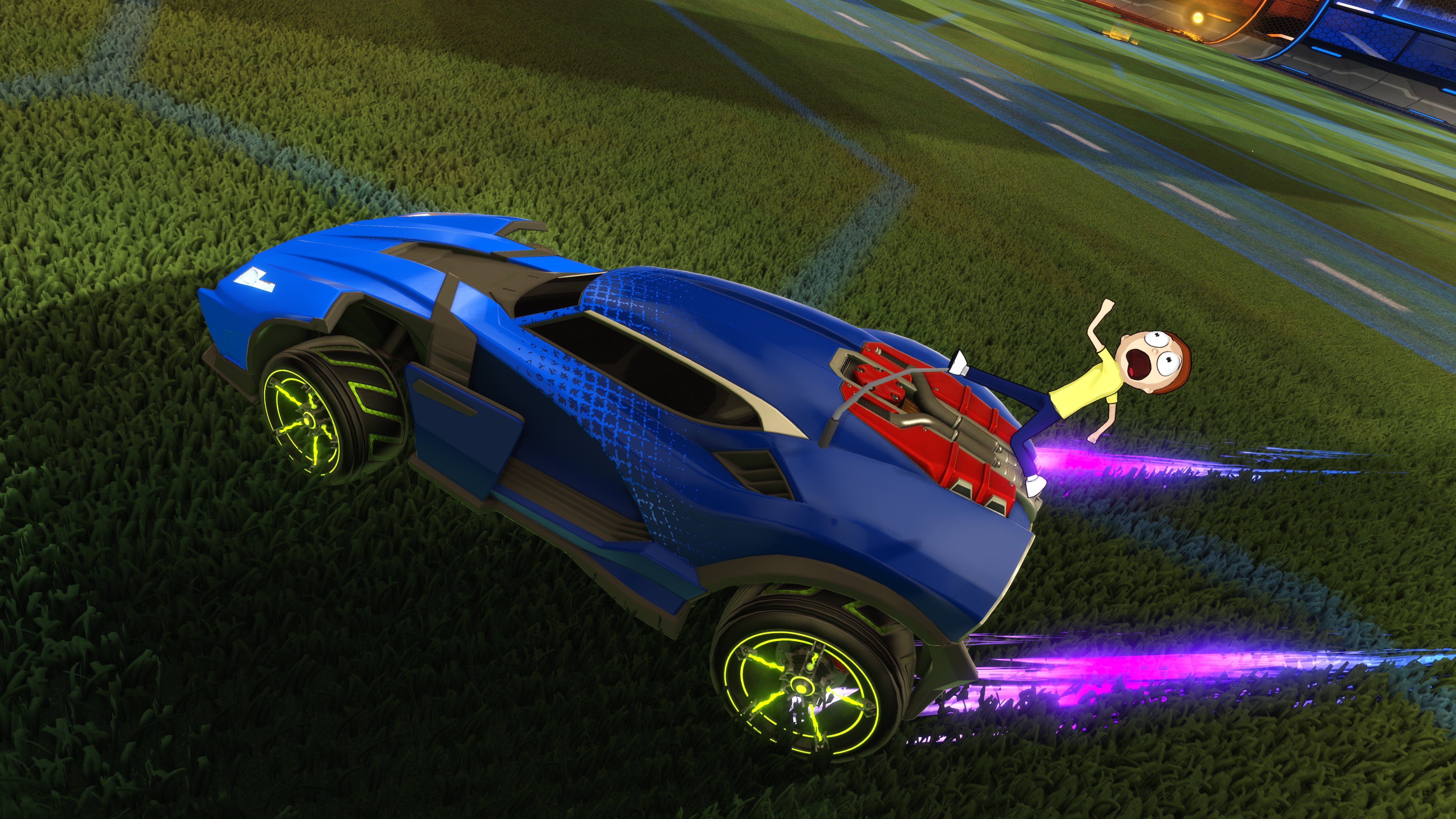 Thanks to our friends at Adult Swim and Adult Swim Games, Rick and Morty (with friends in tow) will be available as FREE customization items starting on July 5. Rick and Morty will be available as Antennas, along with ‘Cromulon,’ ‘Mr. Meeseeks,’ and ‘Mr. PBH’ Toppers, an ‘Interdimensional GB’ Rocket Boost, and some familiar-looking ‘Sanchez DC-137’ Wheels. Bonus: the ‘Cromulon’ Topper can drop as a Painted item!

Look for these new items as Common drops after offline and online matches. (Szechuan sauce not included.) Check out the GIF below to see all the items in action!