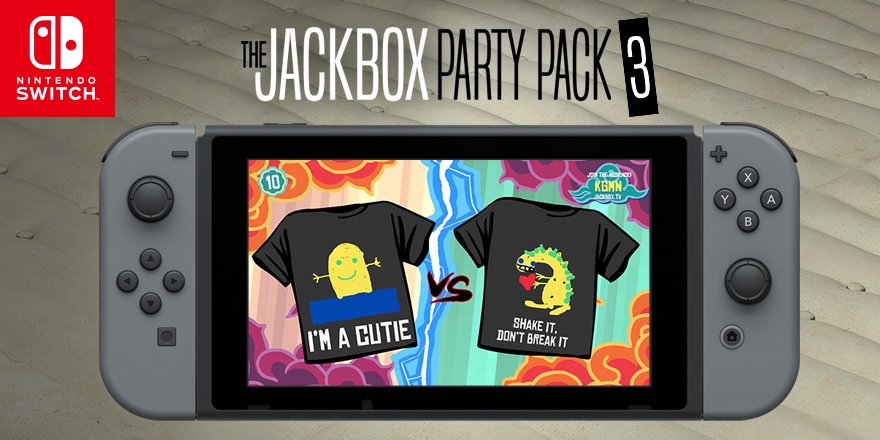 Grab a friend or two for a good time

The latest announcement is that The Jackbox Party 3 has been confirmed for a Switch release. For those who aren’t very familiar with the series, it’s basically a bunch of games piled into a package which requires you and a couple of lads to play in some pretty fun mini-games. Although the is already available in other platforms, the great thing about The Jackbox Party 3 is that it allows you to have an audience of 10,000 viewers in your room and 8 player compatibility. No firm release date has been announced besides a confirmed release.

We're excited to announce that The Jackbox Party Pack 3 is coming soon to Nintendo Switch™! pic.twitter.com/g5xS8fEikY