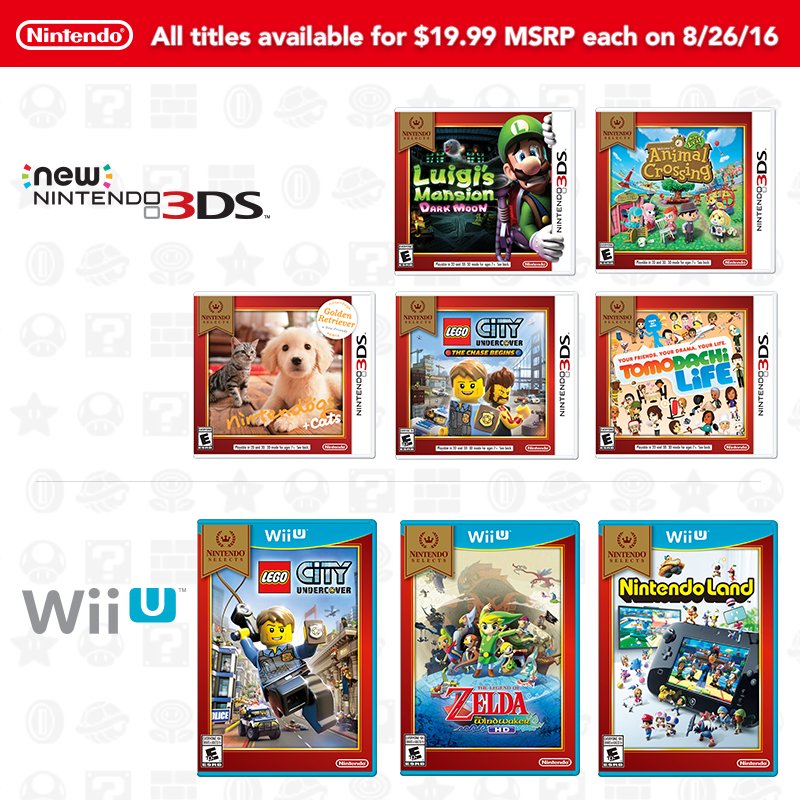 Another wave of Nintendo selects of Nintendo Selects has been announced for North America to be able to play and purchase for a great, new low price. Five 3DS games and three Wii U games will be $19.99 starting August 26. Here’s the list of games that are included:

The Legend of Zelda: Wind Waker