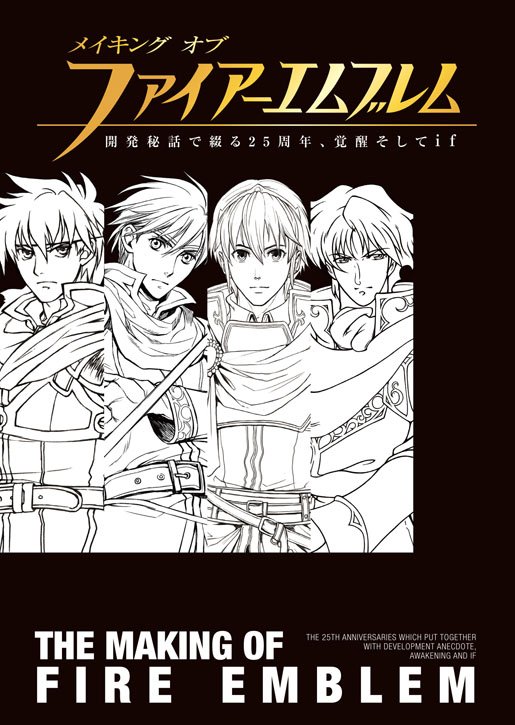 The whole crew is here

It’s hard to believe that Fire Emblem has reached it’s 25 anniversary since the first time released (Japan only) while the U.S. has seen shorter times of it with the English releases outside of Japan. You’ll be able to unwind yourself with this unique art book of The Making of Fire Emblem hitting store shelves soon.

It’ll show you all kinds of different sketches, areas, and more that the development teams came up with over the course of all 25 years. Unfortunately, the art book will only be released in Japan with the text being written in the native Japanese language. Even if you can’t read the language it’s written here, you can import it from Japan right here.

No official announcement have been given for the West, but this one seems unlikely considering how much more popular the Fire Emblem series is compared to the rest of the world. We’ll keep you updated if any news comes to light about it. The product can be pre-order now with the link given and it officially goes on sale to the public on November 28th.